Yet another Braggart in town! 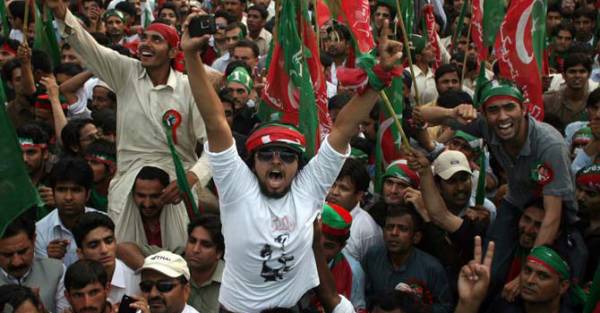 Not very long ago MQM chief addressed his party supporters at Nine-Zero telephonically and took on hard words flight at the Honorable Supreme Court. Just like others, I was also surprised and I thought he had crossed his limits defaming the courts and would be taken into account soon.

Not just the time and all MQM supporters rushed out in their nappies and went all Ga Ga to their leader’s stance on courts, but wait! Did I see that right? I questioned to myself. There was a ticker on one of the news channels’ bulletin;

Two days back MQM issued a press release which stated ISI never accepted him as a Political Head of MQM. Bragging ill about country’s best spy agency is nothing new for MQM. Today his statement took a U-turn, defined as;

“No intention to take down a peg for ISI”

Not yet 72 Hrs to his abusive and filthy language used for PTI- women and comes out to say;

MQM has always been part of every sitting Government, nothing more than an EXTRA in the cricket team yet an important part without which you can’t move forward. All big names of Pak politics used MQM for their benefits and dumped them, which of course MQM never minded because there is no dignity and ideology in the party and their leaders: a bunch of grandstanders threatening everyone to execute their personal needs. Promoting violence and creating terrorists, this is why one of the US courts classed MQM as Tier- III terrorist group. (http://www.paed.uscourts.gov/documents/opinions/14d0204p.pdf)

Abusing, high pitched volume yet deep grammar followed are some traits you will see in every MQM representative surely lacking of logic and debatable arguments. Indeed one follows one’s leader and when a leader can stoop so low to call PTI- women supporters PROSTITUTES running BROTHELS and corrupt, there must not be a doubt the party head is nothing more than a PSYCHOPATH. This is an established fact that Altaf Hussain is an alcoholic and has been to rehabilitation center twice. He also takes medicine for his mental illness. Imran Khan PTI- Chairman in response to Altaf’s derogatory comments on women took unusually hard-hitting tirade and rightly pointed him a “Half Mad Man”

We saw huge public reaction on Social Media against Altaf’s abusing and derogatory comments, yet delayed and scared condemnation also floated by some electronic media. MMQM did a rally to show support to their leader, who has been out of the country for the last 2 decades. In the 80s on scooter and today having millions of Pounds found in his house by Metropolitan Police never bothered MQM supporters to raise question on the integrity of the PSYCHOPATH??? I mean Altaf Hussain. There is just one reason as they explain “Karachi main rehnayka? To BHAI kahnayka!”

Nobody with conscience would ever turn head in yes to MQM being innocent. We look at any news or any investigation and there will be someone from a SECTOR held accused. MQM just plays its ethnic card of MOHAJIR and promotes divisions among Pakistanis, as IK said“It’s the time for MQM to isolate Altaf Hussain”, to bring peace back to Karachi which is Pakistan’s biggest financial hub. It is time for MQM supporters to stop acting as blind followers and rise against tyrant wings in their party to bring WHITE shades. Islam teaches us to forgive and move on but an apology would fix deaths of 259 innocent people in Baldia Town massacre? I leave that to you.

Note:  Al-Rasub is not responsible for writer personal Opinion

One Response to “Yet another Braggart in town!”