Who will become the real leader of the nation in the next few months in Pakistan ? 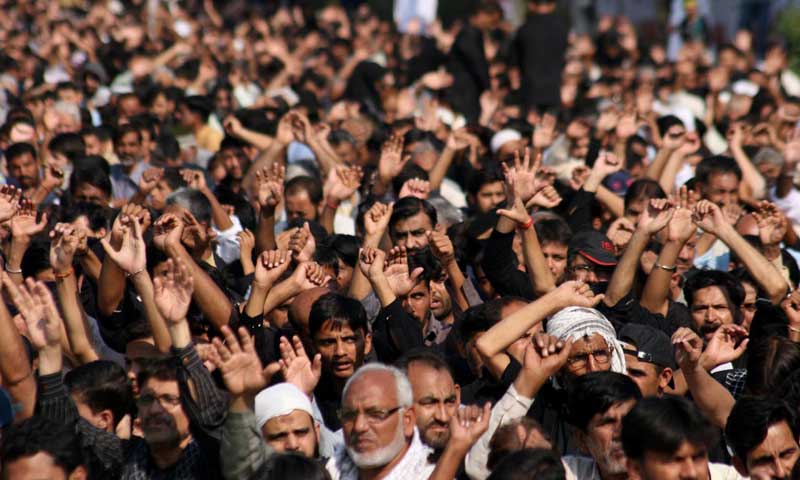 PAT/ Dr.Tahir Ul Qadri,s i agenda is attractive  , it is a good proposal but how will  these 10 points be implemented  after toppling the corrupt system of Pakistan,  it seems  like snatching a rose from  the mouth ,does PAT/Dr.TUQ have covert complete plan for revolution,  PAT revolution need  aiders and abettors in every single institutions of Pakistan so called insurgent” coup d’état and putsch” to takeover for that kind of revolution from TOP to BOTTOM” in all walks  of life PAT needs  from inside the  government to topple corrupt elite,  instead attacking on parliament with public(AWAAM) ,  its not good idea to attack on parliament with untrained people seems  to be a  suicidal plan will never work and PAT will be responsible  for bloodshed and innocent women , men and  children’s will lose lives for incompetent lack of preparation failed attempt of Revolution in Pakistan .

As we compare the   Iran 1980 Ayatollah Khumani revolution or Russian Revolution and France revolution. All of them were  well planned and remembered in history. After math of  those revolution left sorrow and sad memories on minds but goal was achieved and change had been brought through bloody revolution .
PAT and Dr.TUQ has knowledgeable team and best articulate personality,  himself and his sons have come with attractive agenda which is very convincing attractive to poor Pakistani , we all could pray and have the  dream of Islamic Welfare State of Pakistan just like old doctrine State of Medina. A great ruler Calipha Omer Farooq (RATH) , But Scholar TUQ 10 points raised question mark ‘X’ did he have complete road map ?

PTI want to bring revolution through proper channel by ballots boxes to implement  new bio metric system like all other real democratic countries , also elected Election commission instead selected commission of Pakistan with consensus of all political parties and SC . As its seem easy and proper way to Reform real democratic Government to re-surgical  all corrupt ill system and bring rule of law for all and no one should be above the law . PTI has complete set up of party reformed and established especially after 2013 Election . even though in KPK PTI progress was slow but policies been made and implemented and governance system is not too good but not bad at all , lets give benefit of doubt to PTI because of extremism , terrorism and slow economy  PTI has many rivals in political system and status quo .

Imran khan is patriotic and a  philanthropist human being, he has a lack of leadership quality as well , failed to deliver key note speech  and most of the time forgets his line and length which makes public on fused and other country in his favor , so far his 9 agenda are positive and gained favor and alliance most politicians agreed with PTI agenda and hoping for fair fresh midterm” election if PTI and PAT including PPP, PMLQ ,JI ,AML continue stage protest and Jalsa Rallies will make its happen ,once establishment and supreme court raise concerns and put pressure on PMLN Nawaz Sharif , already it has proved elections were unfair and rigged . PMLN days seem to be too bad due to favoritism and nepotism and autocracy , also few serious issues with the establishment and military establishment seem to be unhappy if PMLN fails to resolve issues then the situation will get worse .