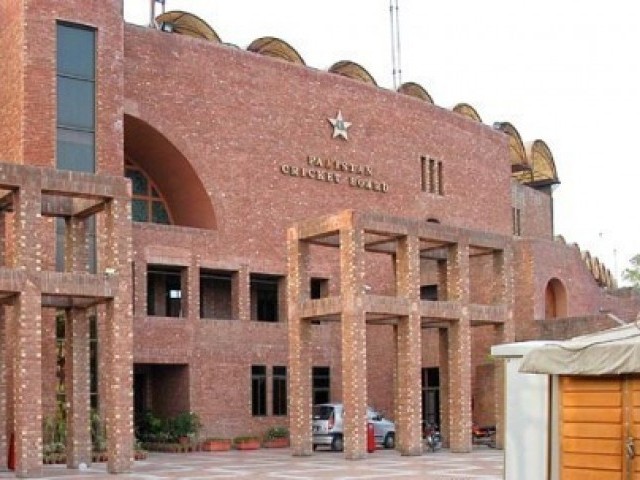 The reinstatement of Zaka Ashraf as PCB Chairman by the PCB has yet again made a mockery of the game in Pakistan. The show is on the other foot for the sixth time I think, in a matter of 12 months. Will this now lead to another turf war.

It’s already severely bemusing that Islamabad High Court has reinstated Zaka when it was the same IHC that had removed him from the PCB Chairman’s post claiming that the elections to the post were manipulated to suit one person.

Now we have Zaka Ashraf at the helm some half a week after Najam Sethi released an internal audit report making him appear a criminal. It was the one thing that I was afraid would happen eventually, considering the way the PCB was being led. It has unfortunately started to show its ugly head.

The witch hunts have begun; to avoid focus on one’s own faults and shortcomings start flank attacks. It is the ultimate litmus test to know whether the man at the top is insecure.

Just what was the need for an audit report limited to only the tenure of Zaka Ashraf? It has exposed the childishness of this administration as well as its cowardice. I mean, there is a Godzilla staring the Chairman and his spooks from across the field and yet there is no mention of an audit there. I am talking of the massive, half built eyesore of a structure standing in ruins opposite the pavilion end that continues to elude the PCB police.

It was built at the time when Dr. Naseem Ashraf was chairman and his COO was the senior bureaucrat, Shafqat Hussain Naghmi. There were accusations of corruption in the tender process and the incoming chairman Ijaz Butt had even threatened to lodge an FIR and had stopped the construction. Now if he was right why doesn’t Najam Sethi take up what is staring him in the face and file the FIR against Shafqat Najmi? And if he was wrong, then he should be filing a case against Ijaz Butt for causing loss of millions of rupees by halting unnecessarily what was a legally initiated construction, shouldn’t he? It will now have to be torn down because of its exposure to nature’s elements over the years.  One of them must be held accountable and punished.

By picking on Zaka Ashraf, Sethi has come out as a political person not a professional one. He is seen carrying out a smear campaign against the ex-chairman just because he was appointed by the previous President. And it seems at the behest of his bosses, otherwise the current chairman should accept his responsibility. This is dragging cricket into a jostling match between the much maligned political parties in the eyes of the public. Yes, all previous chairmen have played their part in ruining cricket. But why pick on one, who admittedly, did as much harm as anyone before or after him.

The report against Zaka Ashraf has brought Sethi down to a new low, especially when nothing will happen as they are all well connected. This will be limited to the media, so that it can be denied by the other party. This is so that when the previous party comes in power, maybe Zaka Ashraf himself is reinstalled, the smear campaign against Najam Sethi will also be just paperwork and accusations. Nobody minds as long as they don’t go to jail.

He’s also being seen as picking soft targets as he has gone onto defend the incompetent and arrogant Intikhab and Zakir whereas they have been in charge of domestic cricket over the past few years; a time when Najam Sethi himself claims that the first class cricket has been greatly harmed.

It’s a bit sad because despite being unqualified, unsuited and un-everything for the job, Najam Sethi had at least inculcated a relatively more youthful team management, whatever his compulsions and reasoning. By giving Waqar the assistance of Mushtaq Ahmed, he has brought together two vastly experienced and intelligent cricketers who have played almost all their cricket together, for UBL and Pakistan.

By bringing in Mushtaq, there is now a bridge between Waqar and Moin, and between Waqar and Akram, as Mushtaq is a friend to all and his chirpy personality was and is well liked by all he comes into contact with. I saw this when he hosted me and Rashid Latif in his home at Hove after we went over for a county game he was playing for Sussex some ten years back. Remember Rashid was the man in the mid-nineties who accused the top players of forming a nexus, and Mushtaq Ahmed was pulled in as one of them upon subsequent investigations.

Yet I remember Mushy going all smiles and giving Rashid three bows from his position at third man when Rashid waved to him from in front of the dressing room. These guys spent almost all night talking up the past and the good times. That’s the sort of fellow Mushy is. Looks forward, has no airs and always has something good to say. He has always been humble but I think the match fixing issues he faced that brought him to the brink of collapse has made him humbler. For when rescued he realized that he had been given another chance at a life in cricket and couldn’t thank Allah enough.

Both Mushy and Mohammad Akram have played together in Sussex for several seasons till some ten years back and have a good working relationship. They will form a good partnership at the NCA as both are qualified coaches and Mushtaq especially has the experience of working with Andy Flower and Graham Gooch over the years as part of the England team coaching staff.  This experience can bring in key processes into the think tank and also information about the strengths and weaknesses of the world’s best cricketers.

Funny though that we are talking of Pakistani coaches now stepping in to take over from foreign coaches. Waqar is now an Australian and both Mushtaq and Mohammad Akram are British passport holders. But at least they are Pakistanis at heart, speak the language and their loyalty still rests with their countrymen whatever the colour of their passport.

I’m also glad that Basit Ali has got a role as well as head of junior selection committee. He is someone whom I feel and have said so since the past two decades, has one of the most pragmatic cricketing brains since Javed Miandad. He has his biases when it comes to defending Hafeez, and one can actually laugh at the logic he presents in his defense, but that is why coaches should not appear as experts while they are on the job; Basit has coached SNGPL for which Hafeez plays.

Basit had of course resigned in a huff two months back from his previous post as coach of Regional Academies South when Shakeel Sheikh had called him a Don of the bookies. This latest appointment is an in-your-face for Shaikh since he never stepped back from his accusations. But it is to be noted that Waqar and Mushtaq were chastised and fined by the 2000 Justice Qayyum report which further iterated that they should not be put in positions of responsibility. Inzamamul Haq was another one fined.

However, Inzi went on to captain Pakistan, Waqar has coached Pakistan before, Mushtaq Ahmed was appointed by the ECB as their bowling coach; the same board also asked PCB to lift the lifelong ban on Ata-ur-Rehman to allow him to play cricket in England. So Najam Sethi shouldn’t really be solely accused of appointing a tainted set of cricketers in powerful decision making positions, though this is probably the first time they are all working in tandem with each other.

It is a suspicious gathering of course but then it must be admitted that almost all these players have redeemed themselves over last ten years by working hard and there has been no instance where their honesty can be questioned directly. In fact with the ICC’s Anti Corruption Unit being readjusted to report to Srinivasan, why worry about what happened 15 years ago?