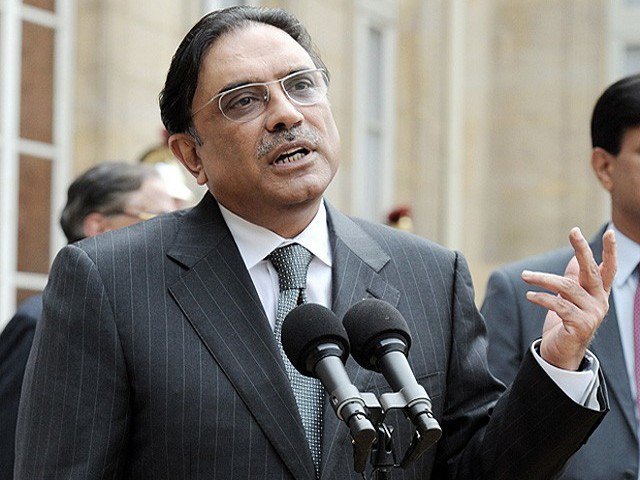 Asif Ali Zardari’s biggest stroke of luck was his marriage with ex-Prime Minister of Pakistan, Zulfiqar Ali Bhutto’s daughter Benazir. From thence he went on from strength to strength, another sleight of fate catapulted him to the position of President of Pakistan.

Zardari background is feudal, he has always known of the problems faced by people in rural areas, yet he has never succeeded in solving the issues. Throughout his career, there have been serious corruption issues involving him and those working with him, pursuit of money has been a driving passion.

Recently, some exclusive corruption details of Asif Zardari were released on local media.
Ch Anwar Majeed manages all the financial corruption of Zardari.

A private news channel reported on Sunday that four sugar mills, owned by Zardari’s aide , were granted Rs 1.5b out of Rs 2b funds for rural Sindh’s industrial development.
There have been massive irregularities in distribution of government funds. News channel Sunday reported massive irregularities in distribution of Rs 2 billion allocated for Rehabilitation of Sick Industrial Units in rural Sindh under the province’s annual development fund. It was reported that the entire amount was utilised for sugar mills only, leaving the textile sector deprived.

A sum of Rs 1.5 billion was given in easy loan to just four sugar mills directly and indirectly operated by Zardari’s aide Anwar Majeed.

Sindh has 1,200 ailing industries, but just 17 were given loans. Majeed’s four sugar mills were granted more than half the money, rest of the 13 mills got only Rs 500 million altogether.

According to reports, Majeed’s New Thatha Sugar Mill, which was bought by Omni Group of Industries in the past from Sindh government for the paltry amount of Rs 80 million, it was also granted Rs 500 million for uplift. Notwithstanding this distribution of resources, the mill lacks adequate infrastructure even now and some machines are non functional machines.

Majeed’s Chambar Sugar Mill was given Rs 500 million in the first year of the uplift program, Saheri and Venus sugar mills were granted Rs 290 million and Rs 245 million respectively.

The ADP scheme was launched so that rural Sindh could be developed and more employment opportunities could be provided, but all the funds were being used by Majeed alone.

Zardari has also taken over many sugar mills by force, here is a short overview:

The PPP senior leadership and Sindh Government have also been grabbing thousands of acres of Government land worth trillions of Rupees through their affiliated groups and individuals. Here are details of some that have been discussed on local TV channels as well:

Reclaimed Land from Sea Bed in Clifton:- 300 acres of Land was allotted to Karachi
Development Metropolitan Corporation for development by a front company on behalf of
Asif Ali Zardari.

Allotment of 300 acres:- Summaries for allotment of 3 pieces of land each comprising
of 300 acres were moved for approval by CM Sindh. These properties would be allotted to favorites of Asif Ali Zardari.

Allotment of 14167 Acres:- MDA (Malir Development Authority) would be allotted for the same purpose.

These are just a few facts that have become public, just the tip of the iceberg.
All of Zardari,s close circle are loaded with stolen funds, money from Lyari gang wars is have a trickle-down effect to PPP ministers. Zardari, s sister Faryal Talpur runs the show when he is abroad, Chief Minister Sindh recieves orders from her.It is Faryal Talpur that uses the CM, s helicopter and most of the facilities given him by Sindh government.

It is time to clean the country of corrupt politicians, Zardari is top of the list.

By:  Uzair Hamad
Writer is Freelance Blogger and Student based in Pakistan
Note: Al-Rasub is not responsible for writer personal opinion, facts and figures.