THE STORY OF SCIENCE, RELIGION AND NEO-ATHEISM 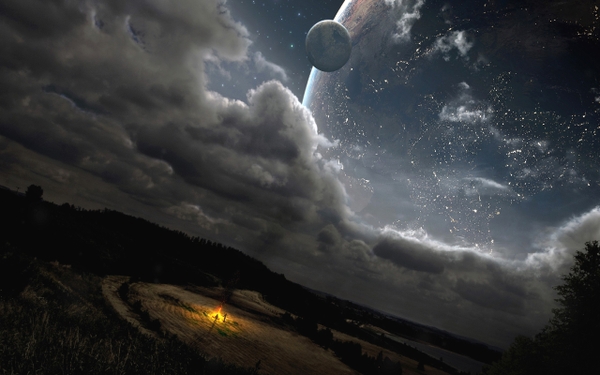 The ongoing battle between Atheists and Religious world is not a new one. On the contrary, it is going on with the inception of religion itself. There isone small looking developmentthough which should bemore bothering for the intellectual elite (it is not) of the world,is a new class of Agnostics or Atheists (Neo-Atheists) who are confusing Atheism with Science, and by doing so they have limited and narrowed down their points of argument. We have to realize that this is not a part of the problem but the problem itself.

Today,we live in a phase of new and dangerous transformation as human beings. If we collect our known history, humans have never achieved such great goals before this moment in time. The collective consciousness of our species and scientific advancements (either as a mean to fact ora fact itself) are in parallel ascend. Science is the rationale part of us humans that had enabled our species to reach the far ends of the universe. The world of today would be like a science fiction movie for a human that lived 500 or even 200 years back. All credit goes to science.

What these Neo-Atheists did not or chosen not to anticipate is that there are no limits to science. One cannot contain or control the level of sophistication in any scientific subject. Everything is inclusive when it comes to science. There is no such word as “unscientific”. Science is everywhere. Same as religion says God is everywhere. Why can`t we see this cup half full. Religion is an ideology and science is just a methodology. One cannot compare them by the same standards.

Atheism (unlike science) is an ideology, a set of propositions, a belief system, a religion itself, just like any other belief system about the nature of reality and over a period of time and debates, I have observed that it is hard for an Atheist to understand this simple fact(but I am not going to refer to Atheism as a religion further for literary purpose). As a result, Neo-Atheists not only take credit for transforming the world into what it is today, but also turning Science into a religion to so called replace existing religions. Scientists should realize this problem and come up with something because this is not the real purpose of science.

As I mentioned before, science is just a methodology to understand the nature and functions of our known universe. It has no opinion on God and this notion is still debatable as Science didn’t prove till date that God does not exist. The idea that if you believe in God, you are somehow “irrational” is itself quite absurd and irrational scientifically. According to a very famous scientist Neil DeGrass Tyson, 40% of American scientists believe in God. So validating this idea will reduce nearly half of American scientists which is not a good idea.

Now, when it comes to the comparisons, if you can believe this or not but Atheists and Muslims have one big common belief which is that God does not exist. Basically this idea has two sides to it. Atheists do believe it in a literal way and Muslims believe that anything that exists in a physical form cannot be God. Hence there is no God that we can see or touch and Science is not obligated to answer the God question as it does not come under its mandate.

Another big argument against religion (Specially Islam) is Extremism. Neo-Atheists believe that faith is responsible for 9-11, 7-7 and other horrific events. Nothing can be more further from the truth. First of all, there is an extreme side to each and every ideology. There is a line drawn by every ideology you follow, weather it is Islam, Christianity, Judaism, Communism, Capitalism, Nationalism, Socialism, or name any ism. If someone crosses the line, it is obligated to take up arms. So its not very hard for someone with a personal agenda to exploit this fine line. We can see this exploitation even todaywith the followers of Neo-Atheism. They are not as much Atheists as they are Anti-theists. People like Sam Harris, Hitchens and Dawkins (Who compare religion with smallpox virus or consider it worst then rape)are creating fundamentalism among Atheists. These are not just people saying that there is no God, but they see religion as a kind of menace and evil which should be eradicated by force. It is a new development as the evolutionary process is driving them from “Doubters” to Neo-Atheism. So generalization or sweeping statements about whole of any Religion in this regard is simply distortion of facts.

Second, according to social and political science, there is a big difference between what ordinary people believe and what they do as an individual and as a group. Faith alone is not the determining factor of any human action.

Third, if we look a little bit closer, without being biased, Atheists have spilled more blood in the last 100 years then religious fundamentalists could ever imagine. Just two examples, Mao and Hitler. I should not point fingers but if we are going to play this gutter game, then I would certainly be in your face and say wait a minute. We have heard these things before and they lead to one direction.

If a group of these political atheistsconsider all religion and their holy books as complete fiction, each and every one of us (on either side) should questiontheir level of sophistication and approach by which they engage or start a debate. Why it should be prohibited to consider a hypothetical scenario that what if these books really came from whoever created us? Why can`t science go this far ahead? Why the boundary? The whole “science” thing is about “question everything” right?

On the other hand, what can I say about the majority of our religious “scholars and political leaders”that hasnot been said before. It is true that religion has boundaries in many aspects of life (and a political “scientist” will tell you that there should be) God,on the contrary, has no boundaries (from what I understand). Why religion is threatened by science? Science is too young to understand religion. Religion was way before us as a species, grew an understanding of science. Majority of our religious scholars are happy to live behind a line. That is what we should be worried about.

From what I can see, there is a beautiful relation between science and religion. Religion should approach science as a great grandmother and tell her stories about how some “superhuman” changed the course of history and why God sent 124,000 of them. Scientists have already tried to create their own “superhuman” through Eugenics and failed. Religion should taunt science on how we figured it out first that we are not from this planet and why the theory of our species being an Alien is true. How a group of men survived the time travel, so it is possible to travel through time and we told you before you can do it and what about if you understood Quran, you would`ve came up with the idea of Big Bang or multi-verse theory 200 or God knows how many years before Hawkins. Why can`t science spread its mandate to include the religious theories of how the world will end and came up with the solution or conclusion?

I can tell you why, because it is too early for science to understand the end of times. A simple hypothetical scenario will change the course of scientific discoveries. This is how majority of the scientific elite may miss the big picture. We as human beings are fascinated by where these texts come from and what they mean. It is just a matter of pulling the plug.

For all scientific purposes, this is in fact the Oxygen for science. This is what keeps scientific knowledge alive. The Human Curiosity is what kept us above the food chain. Our level of consciousness is the division between us and other animals.

These books were written a long time ago. We as a 21st century human beings should look at these texts with a little more sophistication then “Total Fiction”.The cheered and sacred history of these books, the literature and poetry, the social and moral aspects, and a delight of just reading these holy books is not recognized by just looking at the cover of Quran, Bible or Torah for that matter. You have to see what`s inside, and once you do understand what they actually are, you will gain a higher consciousness. Turning a blind eye on either side will not be beneficial for any side.

So just read the book.

Note:  Al-Rasub is not responsible for writer personal opinion.