How long will innocent Palestinians live under the occupation of Israel 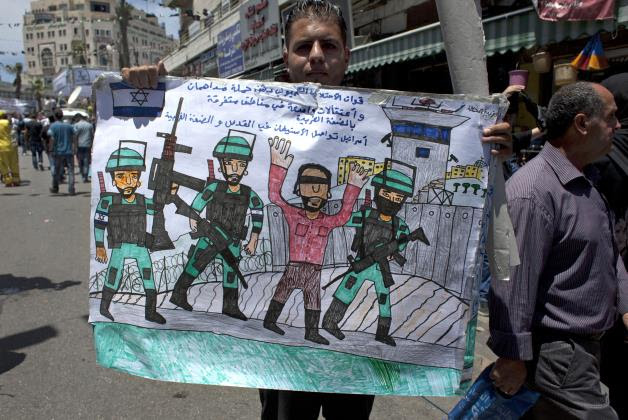 Israel occupied Palestinian land and (Jerusalem ) territory , Israeli forces have killed a million Palestinians in the last 65 years, what is the difference between Israelis and Nazis ?

Why have UN and OIC failed to resolve the Palestinian Issue, British/ Ireland dispute as well as East/West Germany disputes were resolved by world leaders. UN and Congress passed a resolution on Kuwait in 1990 and freed Kuwait from Iraqi occupation within days but in occupied Kashmir 700 Hundred thousand Indian soldiers remain in limbo and the issue is unresolved .

NORTH Sudan and SOUTH Sudan separated and were controlled by NATO forces , Libya chaos and Egypt turmoil was supported by UN /OIC . Innocent Palestinians are living a miserable life and are getting killed by Israeli draconian forces without any reason .It is sad that the world ,s most important issue has been the prey of delay tactics and conspiracy. In reality every one has played politics over the Palestine issue especially KSA/Israel/US and the West ,even the Palestinian Authority failed to present the original case of Palestine.

Creation of the State of Israel and the occupation are crimes until Palestinian have their occupied land returned to them according to the 1967 accord , due to Israel vs Palestine crisis and Israeli tyrants and barbarian attack shatred has spread in the Muslim world .

Arab Springs are spreading up to Syria and Egypt sooner or later will create further turmoil in other Arab countries,It will put great impact on the new Arab generation as they are growing up during the Arab- Israel crisis, most of them are affected , the enmity seed sown by Israel will be reaped soon if oppression does not end by Israel and continue then the day is not too far when Arabs will turn all their guns toward Israel for common Jihad” indeed none wants war , especially Third world war . We had enough bloodshed on Arab land in the Middle east .

There is nothing like love and peace ,we all want peace on earth . Hoping that all the world leaders will take initiative and resolve the issue of Palestine for the sake of peace.