Entrepreneurs Remember it is the Second Mouse that Gets the Cheese 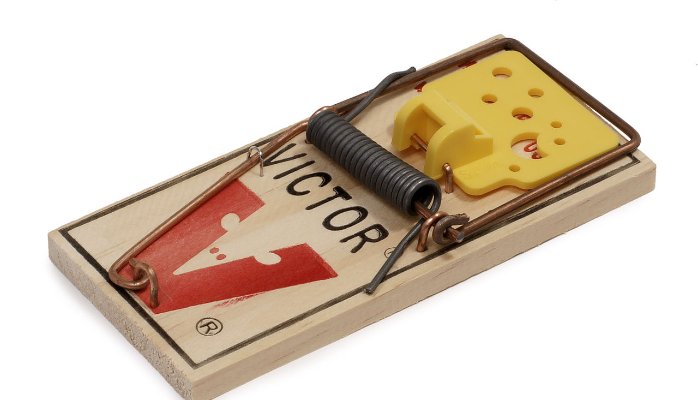 Entrepreneurs and startups are always boasting they are the first to market and that the early bird gets the worm and while that is true in many cases, it is equally true that it is the second mouse that gets the cheese. There are compelling reasons for being second to the field and it brings its own advantages over being first to market. However, remember the second mouse may get the cheese but unless he eats it fast, another mouse might steal it or a bigger mouse wrestle it away or a cat give the opportunity for another mouse to enjoy it—there is never an end in the competition of life and so it is never too late to disrupt any industry or even well established businesses. So be you the early bird, the second mouse, the third mouse or the 20th mouse, keep innovating to stay on top because many things can take the cheese away from you!

There are obvious advantages to being first. Sometimes first is all you can be because of a new invention that protects your first to market advantage, sometimes first gets the most resources and it is easier to find the worms crawling on top of the ground without having to dig for them. However, being first to market also means that you struggle to teach the market that they need your offer and since you have no clear roadmap you can make many costly mistakes. Being second means you get the cheese because you can examine the mistakes of the first and innovate on them and they have prepared the market for you to accept the new paradigm which makes entry a bit easier. You may need to fight harder for resources but your product will be sleeker and more progressive so once you make it, you will have some clear advantages over the early bird unless she innovated on you when she discovered what you were doing. Many times early birds die out because they get blinded by their meteoric rise and from feeling invincible at the top but in today’s hypercompetitive world there is no room for complacency and arrogance. It happened to Friendster, then MySpace, and it will happen to Facebook unless they keep innovating (which they are doing). Giants are never safe in business because Davids are more agile and always on their heels pelting stones at them; and even small stones can topple giants.

As a startup do not worry so much about being first worry more about staying ahead by never stopping innovation. Most of today’s giants in the IT sectors are the second or even 10th mice. Facebook, Yahoo, and of course Google (which were about 10th to market) were all second or later mice to market and there are cats and thieving mice still trying to steal their cheese! Even mighty Apple was never first to anything, they just were the best second or third mouse and once they took off they constantly stayed ahead by innovating and keeping a laser focus. You can count more second mice than you can early birds in the top tech giants still alive today. You can also see in Yahoo, HP, IBM that even a huge size and status will not keep you from losing everything with even a small mistake because they have not kept up with innovation and have one foot in the grave. Then there are comeback kids like Apple, but lately Blackberry may be a future comeback story because it is digging itself out of the 3 foot deep grave it is currently in with its great CEO. The amazing John Legere is doing the same with T-Mobile by chopping off the legs of the giants and making them come down to his size! So never be afraid to be second on even 10th just be better than the previous 9!

Writer Bio:
Rey Tamayo is Founder and CEO at ReyNovation.com, Tech Startup Strategist Consultant, and Co-Founder of EventGO. He is also a Tech and Inspirational blogger often guest blogging at various sites.  His Twitter Handle is @PhatInnovator. Feel free to contact him.