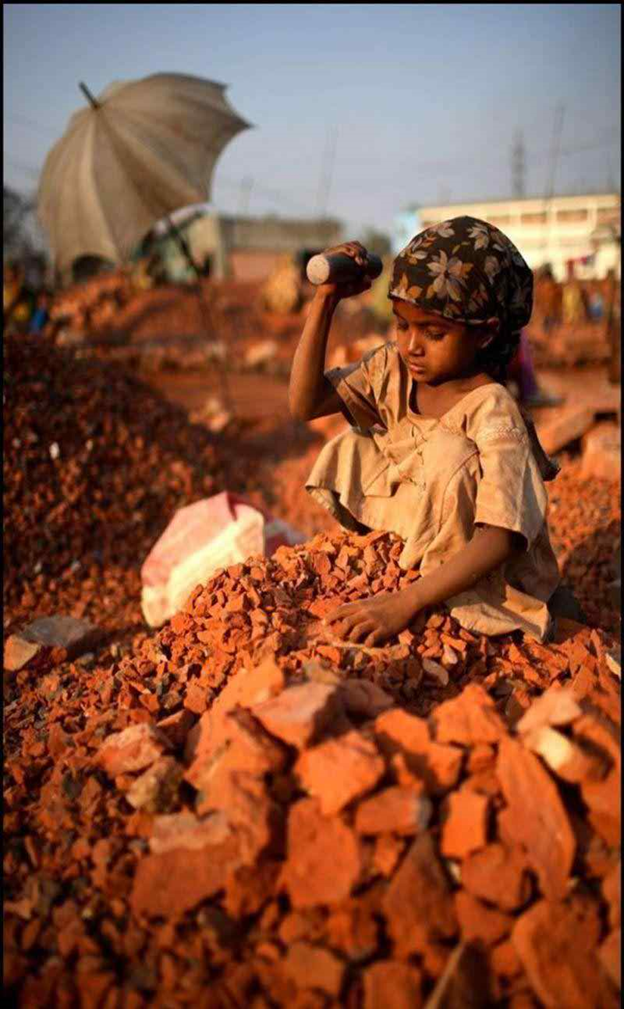 Child slavery is a crime against humanity. Humanity itself is at stake here. A lot of work still remains, but I will see the end of child labor in my lifetime.

Nearly a quarter of a million children, or 16 out of every 100 children worldwide, are engaged in abusive child labour—in violation of Convention on the Rights of the Child and international labour standards. Almost three-quarters of them work in hazardous environments, such as mines or factories, or with hazardous substances, such as chemicals. The majority of child laborers are “invisible” – hidden from sight and behind the reach of the law. Many of these children are not only being exploited, they are often being denied education, basic health care, adequate nutrition, leisure time and the safety and security of their families and communities. In general, girls’ domestic work is the most imperceptible of all and there is some substantiation that girls may constitute the majority of child workers.

UNICEF regards education as a powerful means of preventing child labour. Children who are in school are at less risk of exploitation. Conversely, children who are working and have an opportunity to learn are in a better position to improve their situation. Raising the age at which children started work was an imperative step forward for child welfare, but it did little to improve the working conditions of the many children that remained at work. Children in the workplace still remained largely vulnerable from the maltreatment at the hands of employers and co-workers. In the 1850s the future liberal MP, George Edwards, worked as a farmboy under a man who ‘never missed an opportunity to thrash me’. This, he concluded though, was ‘no exception to the rule, all poor boys in those days were badly treated.’ Even when parents were aware of their children’s abuse, poverty often meant they were unable to take any operative action. Roger Langdon, for example, described how he was nearly killed by the drunken ploughman under whom he worked. He informed his parents, but as ‘every other place in the parish was filled and my parents could not afford to keep me in idleness’ he carried on working for the man. Tackling the organized abuse of young and vulnerable workers proved a more difficult problem than removing small children from the factories. Only development will eliminate child labour.

“Children should have pens in their hands, not tools”