5 Ways To Write About War 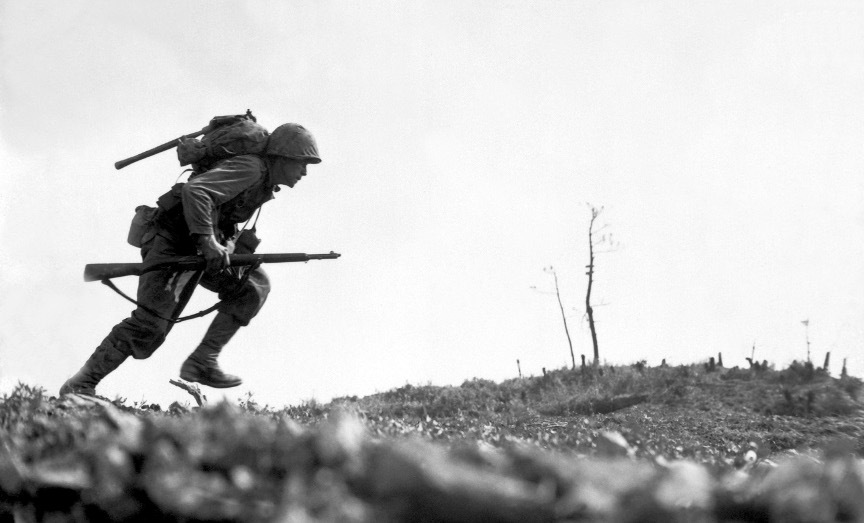 Conflict has the potential to teach. In writing, there is always the drive to want to tell every war story. For the past twenty years, I’ve been traveling in and out of dangerous places, moving from one conflict to another, in search for the truth.  Hoping to find that magical, or mysterious, story the world needs to know about a people barely surviving the trappings of war. Years of traveling through conflict zones has convinced me that every life has to be included into the book I commit to write because people deserve to be seen. But that’s unrealistic.

If I had known that war writing would be painful, I might have fictionalized war, using make-believe characters and a plot not-so-close to reality. That might have been easier than meeting a mother-and-daughter raped by security forces; boys hiding in the mountains to live another day; men taking up arms to protect their families and hunted as militants; and stray dogs looking for something to eat in a pile of garbage. In Kashmir, a valley perched in the mountains between India and Pakistan, there are countless stories of torture, trauma and terrible crimes untold.

Years of writing about Kashmir has helped me understand the 5 essential truths about how to write stories about women in conflict. They are:

Lesson 1: There is no one story. War writing is not romantic or glorious. It is a witness to the ugly truths. It is often about people who are going to die; people living in exile; and people waiting for peace and prosperity. As an American traveler, I entered the private space of women in Kashmir. They engaged me. They invited me into their homes and offices. They had so much to say. And I wanted to record everything, but when I began to retell their pain, I had to choose the stories I would tell everyone. The stories I would tell my close family and friends. The stories I might share with a large audience when invited to speak at conferences. And then there are the stories that I will save for myself—the unspoken truth of the women’s triumph and trauma. As a writer, I had been gifted with choice and I would write less, or more, about the people of Kashmir.

Lesson 2: War writing is emotional. Once I accept that I can’t write everything I see or hear or feel in war, I begin to write in the only way I can—with an outer voice, guided by intuition and an instinct to write the most compelling stories. When I met Mughli in Kashmir, I could see the grief in her eyes when she talked about her son, who disappeared 18 years ago. Mughli continued to look for the boy, hopeful and eager to find him. “I want to know the truth. If he’s dead, I want to give him a proper burial,” she said, sighing. “I would hug his grave.” That cold night, sitting on the floor of her home, I could almost feel her longing for a child she lost. She told me of her suicidal thoughts; how she almost jumped off the bridge into the river; how she refused drugs to treat her depression; and how she visited the shrines asking God for a miracle. As I closed the chapter, I learned of Mughli’s death from a local journalist. The news of her death came to me like a stripped down sentence.

Lesson 3: Think big and describe the small details. Writing about war is like watching a movie, watching the camera move across the room or a place, capturing small details with wide-rang camera shots. I see the scene in full view, and writing about war has to follow the same technique, paying attention to sound, smell or color. In the opening chapter of Secrets of The Kashmir Valley, I describe a ride through the cold-blue night into Srinagar city, passing by the deep green forest and Indian Army trucks trudging by with soldiers causally seated in back, their rifles tugged at their shoulders and black boots on their feet. Not a trace of bravura in the whites of their eyes. Turning to the Jhelum River, the driver with brown eyes large like leaves warns me to stay quiet when the car stops at the checkpoint.

Lesson 4: War is more than death and despair. In the midst of conflict, people learn to survive. That story is just as important as the isolation and insanity of war. One Kashmiri woman told me, “Torture made me strong.” Another woman opened a school for orphans, in memory of her brother imprisoned for a crime she says he didn’t commit. Coping with tragedy comes in many forms. A former prisoner, jailed for five years on terrorism charges, ignores her indelible marks of physical torture and starts a movement for women’s rights. I had to remember that, even in a protracted conflict, people go on living. They go to school. They fall in love. They get married. Some have children. They do what seems normal, despite the paranoia of conflict.  Celebrations of daily life need to be interwoven into war writing to reveal the humanity of a people and a place that is seen as unsettling and unpredictable.

Lesson 5: War writing becomes personal. Although it is risky, writing about the experience of war, or bearing witness to someone else’s memory of war, can be rewarding. It has shown me compassion and given me the courage to write with an open and humbling heart. I have come to admire people who have escaped death and found their own Wonderland. I’ve also learned to accept that the people and the places I write about will stay with me for so long as I live. Their memories become part of my own, especially when their stories are laced with struggle and sacrifice. Writing about Kashmir has been like nothing I have known, and the details of daily life resurface because the images are fiercely simple: Hundreds of dogs roamed the streets, homeless and hungry. Only rain swallowed their sounds. Soldiers strolled the night, filled with anticipation for something to happen. War left nothing untouched. Even the street lamps in Kashmir, shut down by the Army, were part of its landscape of ruination. This is something I cannot forget.

Perhaps the most important journey of war writing is after the release of a story. There is a quiet acceptance that what I have written is enough.